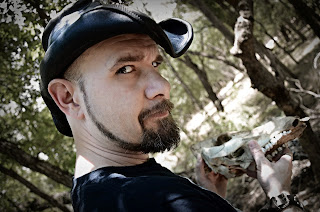 Ken Gerhard is a widely recognized cryptozoologist and field investigator for the Centre for Fortean Zoology as well as a fellow of the Pangea Institute and consultant for several research organizations. He has traveled the world searching for evidence of mysterious animals and legendary beasts including Bigfoot, the Loch Ness Monster, the Chupacabra, enigmatic winged creatures and even werewolves.
In addition to co-hosting the History Channel television series Missing in Alaska, Ken has appeared in three episodes of the series Monster Quest and is featured in the History Channel special The Real Wolfman, as well as Ancient Aliens (History Channel),
Legend Hunters (Travel Channel), Unexplained Files (Science Channel), Paranatural (National Geographic), Weird or What? with William Shatner (Syfy), True Monsters (History Channel), Monsters and Mysteries in America (Animal Planet), Ultimate Encounters (Tru TV), True Supernatural (Destination America), Monster Project (Nat Geo Wild) and Shipping Wars (A&E).
His credits include appearances on numerous news broadcasts and nationally syndicated radio programs like Coast to Coast AM, as well as being featured in articles by the Associated Press, Houston Chronicle and Tampa Tribune. Ken is author of the books Big Bird: Modern Sightings of Flying Monsters and Encounters with Flying Humanoids, as well as co-author of Monsters of Texas (with Nick Redfern) and has contributed to trade publications including Fate Magazine. He currently lectures and exhibits at various conferences and events across the United States. Born on Friday the 13th of October, Ken has traveled to twenty-six different countries on six continents, as well as virtually all the United States. An avid adventurer, he has camped along the Amazon, explored the Galapagos, hiked the Australian Outback and has visited many ancient and mysterious sites, from Machu Pichu to Stonehenge.

The Old Number 7 Society recently had a chance to ask Ken some questions related to Southwest Louisiana's suspected cryptid population.

Ken, let me start with one of the more common areas of interest we run into in our parts, which is Bigfoot. We've posted a number of personal accounts of run-ins with the cryptid, including an account sent to us from a follower that included a picture he claims was of the creature. Have you personally investigated any of these cases/run-ins in southwest Louisiana? Do you get relayed a lot of accounts from our area?

I've never had the opportunity to conduct research in Southwest Louisiana, though I have done field work near the border in Southeast Texas. I've seen compelling evidence just west of the Sabine River, including tracks and branch formations. I've also heard wood knocks in that region. One of the most active areas I've worked is located in Northwest Louisiana, where I heard some vocalizations and saw huge trees manipulated in inexplicable ways. I'm therefore confident that Bigfoot (whatever it is) does inhabit Southwest Louisiana in some respect.


The area of woodlands that run around the Sabine River between Texas and Louisiana seems especially rife with tales of cryptid encounters. One such creature we covered in that strip of land was water-borne. Are you familiar with any accounts of 'sea monsters' or seafaring cryptids in the Sabine or its off-shoots?


I'm not familiar with any aquatic cryptid accounts from the Sabine River or adjacent areas. There are some old (and rather sensational) newspaper articles that describe sea serpents in the Gulf of Mexico. I've written about accounts of monstrous alligator snapping turtles in Texas' Big Thicket. All of the other lake cryptids I've investigated in East Texas sound like outsized catfish, alligators and alligator gars... all of which can reach huge sizes.

We've also posted an account out of Marthaville, Louisiana, from a few decades back, regarding a 'thunderbird' which had attacked livestock. You cover this topic area in your book Big Bird: Modern Sightings of Flying Monsters. What breed or line of aviaries (if that) do you think these large winged cryptids actually fall into?

With no physical (or even good photographic) evidence for so-called Thunderbirds, any hypothesis regarding their identity is pure speculation. Because there are so many accounts of them attacking livestock (and even people), they would most likely be in the raptor family - either outsized eagles or possibly relict teratorns, huge birds that lived during the Pleistocene. I also get many reports of pterosaurs... essentially winged reptiles from the Cretaceous, which is harder to accept. Pterosaurs were very lightweight fish eaters. I doubt they would have been capable of attacking larger animals.


In general, do you feel these mysterious creatures occur naturally in our world, or do you feel some, if not all, warrant another explanation of their origins because of their rarity and elusiveness?

I realize that the amazing 'elusiveness' of cryptids makes many people want to jump to the 'Inter dimensional/Other Realm' conclusion... particularly people with a spiritual belief system. The fact is that thousands of new animal species are still discovered each year and that much of our world still remains inaccessible wilderness area or very deep water. I therefore view Bigfoot, Water Monsters, Thunderbirds and Mystery Cats as viable species because they fit into the paradigm of the natural world. I'm on the record that all of the really weird creatures reported (Mothman, Dogman, Goatman, Lizard Man, Mermaids, etc.), must be spectral/supernatural in nature.


Finally, where can folks follow you? Do you have any new projects, books, or appearances ready to launch soon?

My website is - www.kengerhard.com  I also have a Facebook fan page - Ken Gerhard/Cryptozoologist. My new book - A Menagerie of Mysterious Beasts is available at major online retailers like Amazon, as well as Barnes & Nobles locations. Thanks for your interest!