The Inbetween: Alternative Explanations to That Strange Voice

The bumps in the night that haunt us aren't always the product of the paranormal--but they're also not simply a 'crazy mind believing crazy things.' Alternative explanations to purported activity come up often in what we do; in a sense, we have a duty to approach any claim with a critical eye. Within the context of my professional life in psychology, knowledge of the field becomes invaluable at times. With that being said, here are the most common explanations for happenings that seem either paranormal or 'crazy', but are really neither.

(A disclaimer, as well: the following is not psychological advice. This blog will not take the place of actual psychiatric treatment. This should be sought with a professional in person.)


Anticipatory Hallucinations
Believe it or not, anyone can be susceptible to auditory hallucinations--that is, hearing things that aren't there.

I can't count the number of times I've had clients I was treating mention these episodes, usually in a very guarded fashion when first asked about the symptom, and not fall into the category of suffering from psychosis in the classic sense. In fact, stress, depression, and anxiety are very often causes of these strange aberrations in perception.

Take for example what is perhaps the most common situation in which an individual experiences an out-of-the-blue auditory hallucination: a mother hearing a baby cry when, in fact, one isn't crying. This is what I refer to as an anticipatory hallucination. These mothers are often on-guard, especially if they are first-time mothers, and their sleep has already been negatively affected by the adjustment in their life. In some cases, the mother may suffer from general anxiety in their every-day life. They are ready to hear a baby cry--so ready, that their mind perceives a baby crying without sensing it. This can prove especially true in cases of post-partum depression.

Depression itself can also lead to episodes of auditory hallucinations. In fact, one the of diagnoses we cite from the DSM V (our diagnostic 'bible') is termed Major Depressive Disorder, recurrent (or single episode), severe, with psychosis. A lot of words, but they all serve as identifying modifiers of the diagnosis. The 'with psychosis' part, again, doesn't mean that the individual suffers from Schizophrenia, Schizoaffective Disorder, or any other long-term psychotic disorder. Rather, the depths of this person's depression can be so substantial that it can infringe upon their sense of perception. 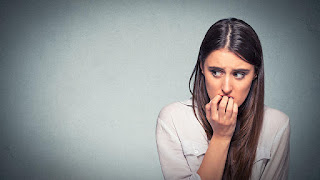 This is where things can become tricky for us diagnosis-wise. If a daughter lost her father five years ago, but says at times that she can still hear him talking to her at night, then how do we approach this? A diagnostic mind will almost immediately go the idea of depressive symptoms as an influence. The spiritual mind says that the daughter's father is trying to communicate messages to her. The difference will require more assessment (questioning) of what's being reported. No assumption tops the further acquisition of pertinent information.

And what about when you're sitting all by yourself, only to hear your name called? Here, I've found stressed-out anxiety suffers are the usual complainants of this phenomenon. These individuals are usually perpetually 'on edge', so ready to have to respond to something that they often 'hear' themselves being beckoned before it happens.

Remember: we've explored one symptom here in auditory hallucinations. A disorder requires several symptoms to be reported in order to begin to be diagnosed. Most people at some point on their lives will experience something that can be categorized or seen as a symptom of mental illness. Frequency and other coinciding symptoms are what separates isolated incidents from ongoing disorders.


Stimulant Abuse
O7S responded to a case last year in a very small northern Louisiana town. A man was reporting that he was being constantly harassed by a dark force. He reported seeing it walk past his windows, shaking his home, and generally causing disconcerting issues. This man had been so bothered by what was happening, that he had moved repeatedly from one camper trailer to another--three total--in trying to elude this entity.

What our group found when we arrived on the scene made things abundantly clear to me what was going on from the get-go. The foil over the windows was an obvious tip, but when the claimant admitted to a history of substance abuse during our interview, my skepticism on this case was cemented. We conducted the investigation despite my read on things. We'll always give the people asking for our help the benefit of a doubt.

Later, during the evidence review, we did recover something in our audio that might have been considered paranormal by some in our group. Of course, I had already fallen prey to my own bias. There wasn't a lot of the evidence, and I disagreed with what I was told was captured (and offered an alternative explanation). I stand by my interpretation.

This claimant had a history of methamphetamine abuse, which he had stated had stopped some time ago. I personally doubted this, but even that is a moot point. Meth abuse, whether still not being used or not, often leads to Stimulant-induced Psychotic Disorder. The most common symptoms of this are heightened paranoia (the feeling of being followed, stalked, or conspired against), auditory hallucinations not unlike the ones mentioned in the previous section, visual hallucinations (almost always fleeting shadows seen at the corners of one's vision), and emotional lability (shifting moods, especially evident in disproportionate irritability).

All of that can make anyone feel like they're being targeted by a demonic entity.

All we could do in this case was urge the claimant to consider substance abuse treatment. He was not satisfied with this conclusion, unfortunately. Hopefully one day he'll consider our suggestion.

And then, sometimes neither of these categories fit. Remember: try to debunk a perceived strange phenomenon on your own first. It's human nature to want to jump to conclusions, to be able to readily explain something even if through spiritual means or whatever one's belief system may be. Once all of the above has been ruled out, then it's time to really start arching that eyebrow.