The premise of the 'traditional' understanding of a haunting often goes as follows:

Person X has passed away. Person X lived in this house for a long while. Person X also died a rather sudden, perhaps even violent, death; or, perhaps, losing them was more anticipated. Whatever the case, observations of 'strange' things happening in the environment lead one to believe that Person X continues to sustain themselves, somehow, in that place. In fact, at times, Person X (or, the 'ghost' of Person X) seems to act intelligently, giving signs, or answering questions in a way. Or, maybe they're still there doing what they always did (rocking in a favorite chair, opening a drawer looking for their cigarettes, etc). Person X has chosen, for one reason or another, to do the things they do now, in the 'afterlife', for reasons known only to them.

In come the paranormal investigators (like us), asking their questions. "Why are you still here?" "Are you angry at Person Y?" "Are you sad about (insert particular situation)?" "What would you like to tell so-and-so?"

But, how in vain might these traditional procedures, based on a potentially outmoded theory, really be?

Human Psychology is the Result of Human Biology


We, the living, breathing, Netflix-watching, don't do anything just for the sake of doing it. We either keep doing something because we are reinforced in some way by doing it, or, we change what we are doing because we are punished for a particular behavior. Although these reinforcements and punishments come in many shapes and sizes, at the end of the day, they both boil down to one thing: biological input.

Most of us don't keep eating because we have to constantly remind ourselves that we're living organisms that require energy and nutrients from food. Rather, we get a biological signal that we hunger. Then, when we eat, we are internally reward again--reinforced--by the release of neurotransmitters like Serotonin. In essence, these neurotransmitters dictate a lot of what we do and how we do it--not by telling us what to do, but by making it either more or less likely that we will engage in a particular behavior.

Herein lies the issue. Although it is a simple, easy error to perpetuate, we cannot equate something that ostensibly lacks anything approaching biology with human biology. That is to say, we can't truly begin to assume that entities or energies responsible for paranormal phenomena in an environment are acting on what we think of as human motivations. Where, then, does that leave us?

We must wipe the preconceptions from the canvas of our minds. We must start with only observing.


Naturalistic observation is the absolute foundation of paranormal investigation. That is to say, to do it 'correctly', we do not enter a situation expecting particular behaviors from particular entities (deceased Person X) to occur. Rather, we watch. We listen. We use multiple lines of questioning and stimulation. And then, we wait. We wait a lot.

Of course, before any of that happens, we question the living. They are the ones who have been beholden to the behavior of this strange phenomena, after all, especially by the time they've emailed, messaged, or called us. They've experienced these things over the longest baseline, and that information becomes critical. That person may have their own ideas of 'who' this entity or entities might be--but the most important aspect is what they've observed.

"I've found one of the cabinets in the kitchen open twice," someone may relay to us. "I heard a loud knock on my door one day, and when I checked it, no one was there. It happened again just recently," might come another report. "The light in the bathroom turns on by itself. I wasn't startled by it at first, but then it kept happening." 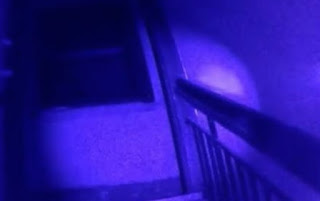 These repetitious behaviors are, at least in my opinion, fairly important. From a psychology standpoint, it poses this question: what is reinforcing that behavior? That is, what is this entity, energy, or presence getting from turning on that light switch? "Well, they're trying to get my attention, I think." And there, we would lapse into the fundamental error again: we are assuming for human psychology--that is, we are putting biological expectations on something without biology (that we know of, anyway).

There is plenty of precedent in nature itself for repetition without biological influence. Consider crystals, which form elegant patterns through repetition. The crystal does not know, or think, or feel biological influence in any way--it is simply a piece of our universe programmed at a very base level to operate in this manner. Our solar system operates off of repetition through the force of gravity (at least, that's our last best understanding). Does repetition, then, just naturally 'occur' without further explanation or causal factors? That is, does that light switch turn on because of the simple universal principle of repetition itself?


When it comes to hauntings, the evidence argues against the notion of repetition happening for repetition's sake. The most immediate counterargument are electronic voice phenomenon.

EVPs very well could, if recorded often enough in an environment, be proven to be on a loop of sorts as well. But our group, as well as countless others, have recorded some demonstratively intelligent EVPs--that is, the voice or sound recorded is fairly obviously in response to something we've said or done in an immediate time frame. So, how do we resolve this with the fact of the lack of biology on the part of the 'respondee'?

The truth is, at this point any theory is as good as another. (I have my own, but that may well be another blog.) We will keep our eyes and ears open, in the meantime. More importantly, we will keep trying to keep our very human assumptions in check.